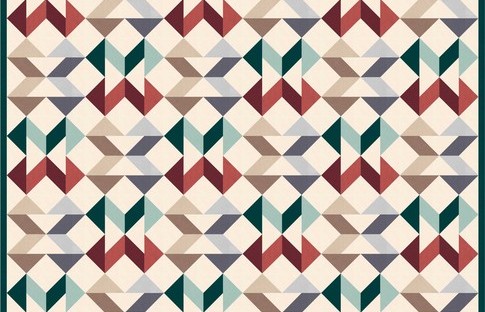 Today’s Kona Cotton color of the day is Sienna. Sienna is a reddish brown, more like an auburn if you were to think about in hair color. But it’s muted and not as bright as the picture above. But it’s okay. That works for me. Sienna falls right between the colors Terracotta and Spice in Robert Kaufman’s Kona lineup.

According to Wikipedia… Sienna is often a yellowish brown in it’s natural state, but then is called burnt sienna when it is heated up and the color changes to a reddish brown. It was named after the city of Siena, where it was produced during the Renaissance.

The following quilt has been featured on our blog before, but it’s just so beautiful, it’s hard not to show it again…. AND, it features Sienna.

So let us know what’s on your cutting table this week! Or if you’d like… we can kit this for you!

We are having a Black Friday sale, November 26th in studio and online. You can find the code for your discount on our website www.sewcharmingquilts.com. Monday, November 29th is our Cyber Monday sale! Don’t miss it!